The My Lai Massacre in American History and Memory 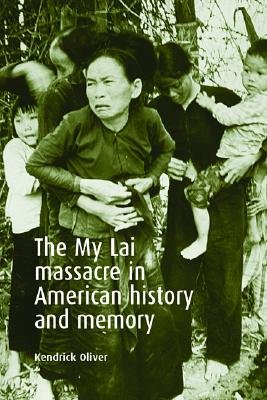 The My Lai Massacre in American History and Memory

This book examines the response of American society to the My Lai massacre and its ambiguous place in American national memory. The author argues that the massacre revelations left many Americans untroubled. It was only when the soldiers most immediately responsible came to be tried that opposition to the conflict grew, for these prosecutions were regarded by supporters of the war as evidence that the national leaders no longer had the will to do what was necessary to win.

The My Lai Massacre Narrative in American History and Memory

The My Lai Massacre Narrative in American History and Memory

This thesis uses the referent zMy Lai Massacrey to refer to the mythic memory of what happened in Son My on 16 March, 1968. It argues that it is a fitting name for the way it captures the ethnocentrism of the memory in the name by perpetuating an American misnomer rooted in ignorance. It also singularizes the scope of horrors of the day, and fails to differentiate 'the massacre' from the domestic turmoil with which it was conflated. The My Lai Massacre narrative as it currently exists in American history and memory is 'exceptionalist' in that it incorporates and excludes story elements in such a way that casts it as a highly exceptional occurrence. The main argument of this thesis is that American history and memory of the 'My Lai Massacre' have, to a large degree, been defined and shaped by conservative influences. In the time since the news of the atrocities became public this has manifested itself in a number of way and is not confined to conservative histories of the war. Despite the hold liberal orthodox scholarship has on the history of the war, there remains within it, this thesis argues, a conservative trend regarding the massacres in Son My. Reactions, explanations, and rationalizations that appeared in early conservative responses to news of the massacres have survived into a wider ideological spectrum of Vietnam scholarship and memory than that from which it came. Although it seems at first consideration an unlikely event from which a usable past might be constructed, the My Lai Massacre does get used in a didactic manner. This thesis examines some of the most prevalent ways the memory of My Lai functions as a usable past. The My Lai Massacre has been incorporated into a number of 'lessons of the past' that tend to be derived from conservative narratives of the war. 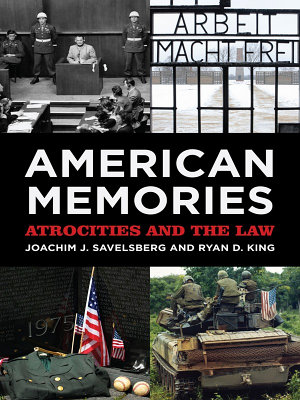 In the long history of warfare and cultural and ethnic violence, the twentieth century was exceptional for producing institutions charged with seeking accountability or redress for violent offenses and human rights abuses across the globe, often forcing nations to confront the consequences of past atrocities. The Holocaust ended with trials at Nuremberg, apartheid in South Africa concluded with the Truth and Reconciliation Commission, and the Gacaca courts continue to strive for closure in the wake of the Rwandan genocide. Despite this global trend toward accountability, American collective memory appears distinct in that it tends to glorify the nation’s past, celebrating triumphs while eliding darker episodes in its history. In American Memories, sociologists Joachim Savelsberg and Ryan King rigorously examine how the United States remembers its own and others’ atrocities and how institutional responses to such crimes, including trials and tribunals, may help shape memories and perhaps impede future violence. American Memories uses historical and media accounts, court records, and survey research to examine a number of atrocities from the nation’s past, including the massacres of civilians by U.S. military in My Lai, Vietnam, and Haditha, Iraq. The book shows that when states initiate responses to such violence—via criminal trials, tribunals, or reconciliation hearings—they lay important groundwork for how such atrocities are viewed in the future. Trials can serve to delegitimize violence—even by a nation’s military— by creating a public record of grave offenses. But the law is filtered by and must also compete with other institutions, such as the media and historical texts, in shaping American memory. Savelsberg and King show, for example, how the My Lai slayings of women, children, and elderly men by U.S. soldiers have been largely eliminated from or misrepresented in American textbooks, and the army’s reputation survived the episode untarnished. The American media nevertheless evoked the killings at My Lai in response to the murder of twenty-four civilian Iraqis in Haditha, during the war in Iraq. Since only one conviction was obtained for the My Lai massacre, and convictions for the killings in Haditha seem increasingly unlikely, Savelsberg and King argue that Haditha in the near past is now bound inextricably to My Lai in the distant past. With virtually no criminal convictions, and none of higher ranks for either massacre, both events will continue to be misrepresented in American memory. In contrast, the book examines American representations of atrocities committed by foreign powers during the Balkan wars, which entailed the prosecution of ranking military and political leaders. The authors analyze news accounts of the war’s events and show how articles based on diplomatic sources initially cast Serbian President Slobodan Milosevic in a less negative light, but court-based accounts increasingly portrayed Milosevic as a criminal, solidifying his image for the public record. American Memories provocatively suggests that a nation’s memories don’t just develop as a rejoinder to events—they are largely shaped by institutions. In the wake of atrocities, how a state responds has an enduring effect and provides a moral framework for whether and how we remember violent transgressions. Savelsberg and King deftly show that such responses can be instructive for how to deal with large-scale violence in the future, and hopefully how to deter it. A Volume in the American Sociological Association’s Rose Series in Sociology. 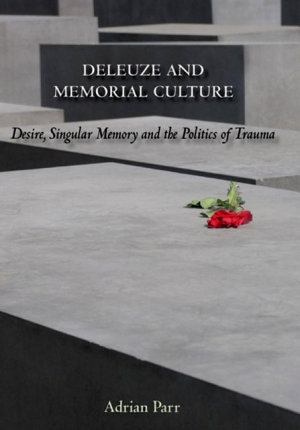 Deleuze and Memorial Culture is a detailed study of contemporary forms of public remembrance. Adrian Parr considers the different character traumatic memory takes throughout the sphere of cultural production and argues that contemporary memorial culture has the power to put traumatic memory to work in a positive way. Drawing on the conceptual apparatus of Gilles Deleuze, she outlines the relevance of his thought to cultural studies and the wider phenomenon of traumatic theory and public remembrance. This book offers a revision of trauma theory that presents trauma not simply as a definitive experience and implicitly negative, but an experience that can foster a sense of hope and optimism for the future. 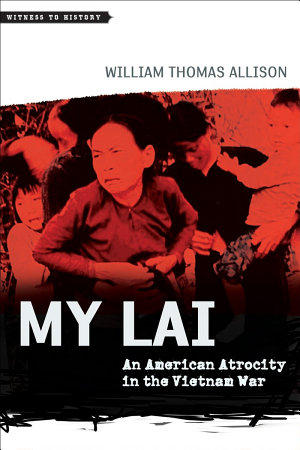 On March 16, 1968, American soldiers killed as many as five hundred Vietnamese men, women, and children in a village near the South China Sea. In My Lai William Thomas Allison explores and evaluates the significance of this horrific event. How could such a thing have happened? Who (or what) should be held accountable? How do we remember this atrocity and try to apply its lessons, if any? My Lai has fixed the attention of Americans of various political stripes for more than forty years. The breadth of writing on the massacre, from news reports to scholarly accounts, highlights the difficulty of establishing fact and motive in an incident during which confusion, prejudice, and self-preservation overwhelmed the troops. Son of a Marine veteran of the Vietnam War—and aware that the generation who lived through the incident is aging—Allison seeks to ensure that our collective memory of this shameful episode does not fade. Well written and accessible, Allison’s book provides a clear narrative of this historic moment and offers suggestions for how to come to terms with its aftermath. 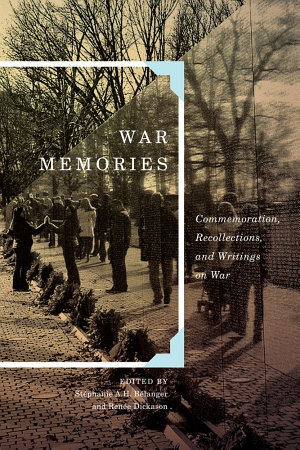 Narrative Poems by Alexander Pushkin and by Mikhail Lermontov 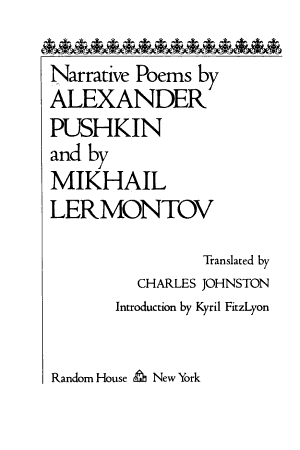 Narrative Poems by Alexander Pushkin and by Mikhail Lermontov

Museums and Sites of Persuasion 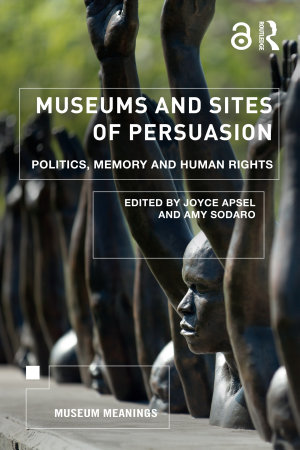 Museums and Sites of Persuasion

Museums and Sites of Persuasion examines the concept of museums and memory sites as locations that attempt to promote human rights, democracy and peace. Demonstrating that such sites have the potential to act as powerful spaces of persuasion or contestation, the book also shows that there are perils in the selective memory and history that they present. Examining a range of museums, memorials and exhibits in places as varied as Burundi, Denmark, Georgia, Kosovo, Mexico, Peru, Vietnam and the US, this volume demonstrates how they represent and try to come to terms with difficult histories. As sites of persuasion, the contributors to this book argue, their public goal is to use memory and education about the past to provide moral lessons to visitors that will encourage a more democratic and peaceful future. However, the case studies also demonstrate how political, economic and social realities often undermine this lofty goal, raising questions about how these sites of persuasion actually function on a daily basis. Straddling several interdisciplinary fields of research and study, Museums and Sites of Persuasion will be essential reading for those working in the fields of museum studies, memory studies, and genocide studies. It will also be essential reading for museum practitioners and anyone engaged in the study of history, sociology, political science, anthropology and art history.

The Vietnam War in American Memory 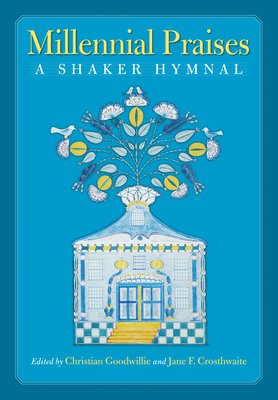 The Vietnam War in American Memory

"A study of American attempts to come to terms with the legacy of the Vietnam War, this book highlights the central role played by Vietnam veterans in shaping public memory of the war. Tracing the evolution of the image of the Vietnam veteran from alienated dissenter to traumatized victim to noble warrior, Patrick Hagopian describes how efforts to commemorate the war increasingly downplayed the political divisions it spawned in favor of a more unifying emphasis on honoring veterans and promoting national 'healing.' Veterans themselves contributed to this process by mobilizing in the early 1980s to create a national memorial dedicated to all Americans who fought and died in Southeast Asia. At the same time, President Ronald Reagan, after failing to convince the public that the war was a 'noble cause, ' seized upon the idea of 'healing' as a way of reaffirming the value of military service and, by extension, countering the effects of the so-called Vietnam syndrome - the widespread fear that any assertive foreign policy initiative might result in 'another Vietnam.' It was with this aim in view, Hagopian reveals, that the Reagan administration worked quietly behind the scenes to ensure that the Vietnam Veterans Memorial would be completed, despite strong conservative opposition to Maya Lin's bold design"--Jacket. 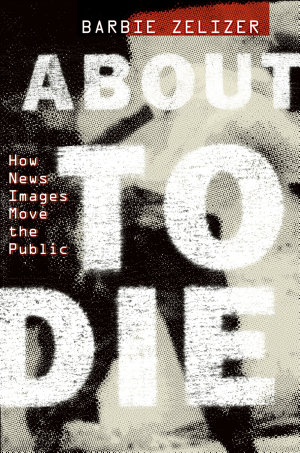 Due to its ability to freeze a moment in time, the photo is a uniquely powerful device for ordering and understanding the world. But when an image depicts complex, ambiguous, or controversial events--terrorist attacks, wars, political assassinations--its ability to influence perception can prove deeply unsettling. Are we really seeing the world "as it is" or is the image a fabrication or projection? How do a photo's content and form shape a viewer's impressions? What do such images contribute to historical memory? About to Die focuses on one emotionally charged category of news photograph--depictions of individuals who are facing imminent death--as a prism for addressing such vital questions. Tracking events as wide-ranging as the 1906 San Francisco Earthquake, the Holocaust, the Vietnam War, and 9/11, Barbie Zelizer demonstrates that modes of journalistic depiction and the power of the image are immense cultural forces that are still far from understood. Through a survey of a century of photojournalism, including close analysis of over sixty photos, About to Die provides a framework and vocabulary for understanding the news imagery that so profoundly shapes our view of the world.